The Delta Flyers is a weekly Star Trek: Voyager rewatch and recap podcast hosted by Garrett Wang and Robert Duncan McNeill. Each week Garrett and Robert will rewatch an episode of Voyager starting at the very beginning. This week’s episode is Heroes and Demons. Garrett and Robbie recap and discuss the episode, and share their insight as series regulars.

The ship's holographic doctor must overcome his programmed limitations when the ship's Holodeck is taken over by an alien lifeform. As the only Voyager member able to face this being, the doctor must explore the limits of his programmed behaviour, and reach beyond them to save the crew from a fate worse than death.

We want to thank everyone who makes this podcast possible, starting with our Executive producers Megan Elise, and Rebecca Jayne, and our Post Producer Jessey Miller. 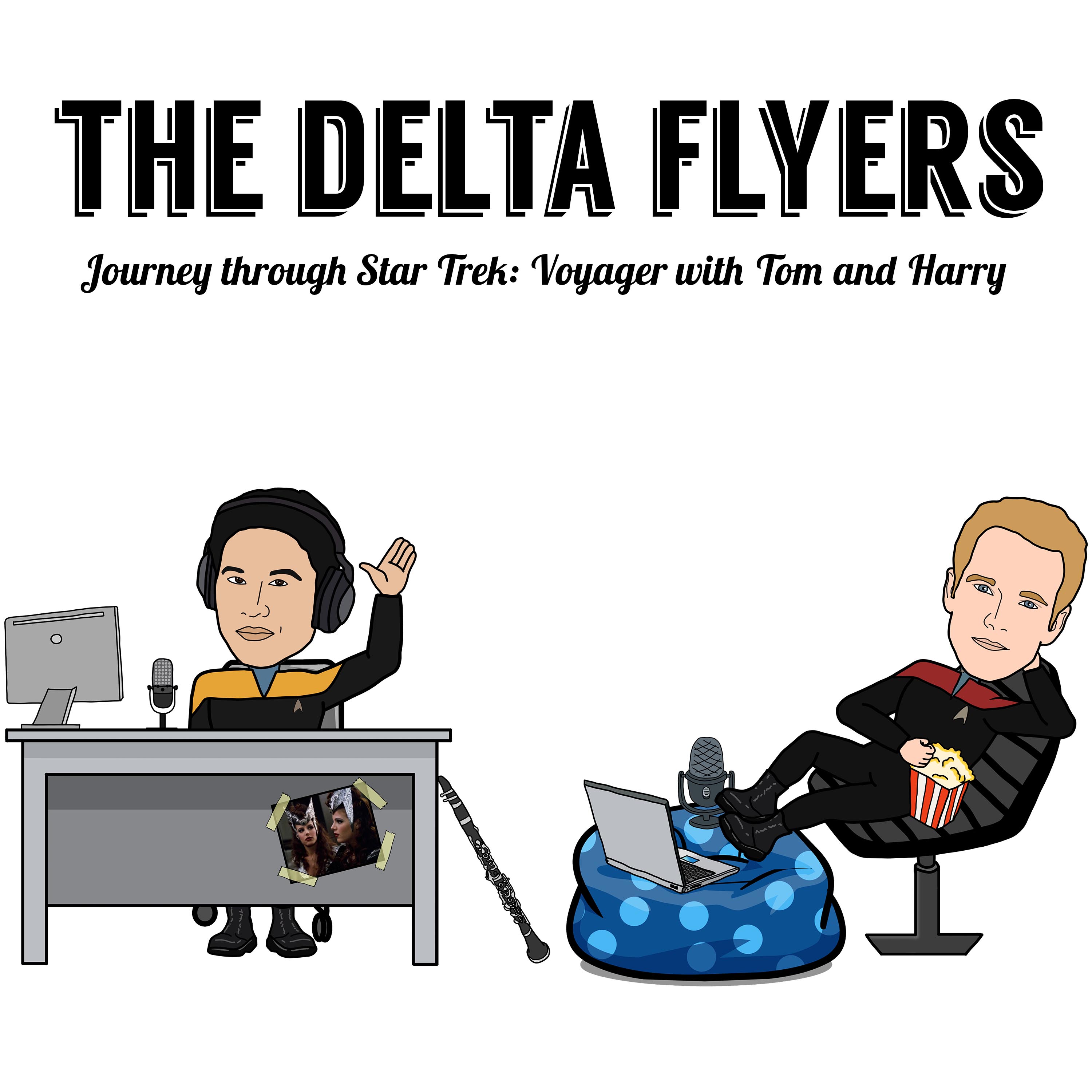 We want to thank everyone who makes this podcast possible, starting with Megan Elise, Rebecca McNeill, and Jessey Miller. Additionally we could not make this podcast available without our Co- Executive Producers, and our Producers Thank you all for your support!